As per the latest data from GSMA Intelligence, there are over 5.20 billion unique mobile users in today’s digital world. Over a year, the total number of unique mobile phone users across the globe increased by 102 million. If you have decided to build a mobile application, the biggest challenge is choosing between Android vs. iOS.

Well, it’s not so easy to decide between the two operating systems for amateurs as iOS and Android app users behave in a different way. So, if you choose the wrong platform, you might be losing out on your primary target audience. Therefore, you need to understand who your target audience is and what platform will be the best fit for your application.

Although iOS and Android are familiar terms for us, creating mobile applications for these platforms requires strong expertise, dedication, time, and money. Both Android and iOS come with their own sets of pros and cons, but how many of us know the differences between both platforms in mobile app development? Whether it is the app development process or tech ecosystem, there are several other differences that an amateur eye can even think of.

This blog intends to guide you on everything about mobile app development and how iOS and Android differ from each other.

How Do You Decide Whether to Create an Android App or iOS App?

Each platform comes with its own peculiarities, but ultimately, the decision of investing in an iOS or Android app development company narrows down to the following five factors:

All these factors will be discussed further! Let’s first learn about the tech ecosystems as well as the pros and cons of each platform.

In comparison to Android, iOS has a closed system, meaning that iOS applications work on Apple devices only. To create iOS apps, developers might use Objective-C or Swift. Here are some of the iOS app development tools that developers use:

Read: 4 Things to Consider for a Good UX on Android

Revenue – It’s no more a surprise that Apple users tend to spend more money on app purchases than Android users. So, you have higher chances of boosting your revenue. 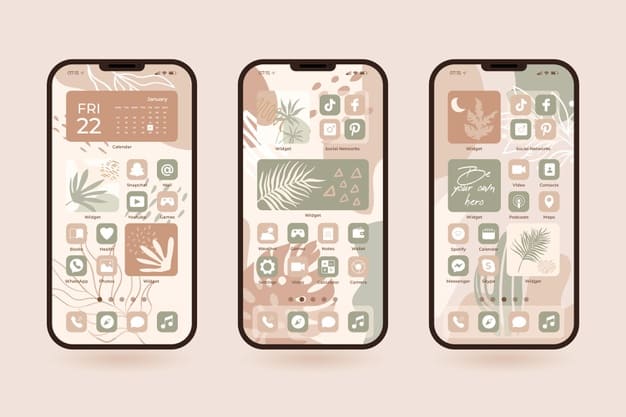 App Release – The App Store is very strict when it comes to the quality and security of iOS apps and thus, has very stringent app review guidelines. So, there are chances that the App Store may not give approval to your app due to a lack of valuable content, security issues, or poor app performance. Other than this, the iOS developer needs to submit the app for real-life testing, which takes another couple of days.

Flexibility – It’s quite difficult to customize iOS apps because the platform comes with several restrictions.

Android currently dominates the global platform share. This market share involves many developing countries and lower-income regions. Apple, on the other hand, dominates the App Store for customer spending.

iOS app development is faster, easier, and affordable. Some estimates tend to increase the development time by 30-40% for Android. One reason that makes iOS app development easier is the code. Android applications are built using Java language that involves writing more lines of code as compared to Swift, Apple’s official coding language.

Android is an open-source platform. A lack of standardization means more devices, more components, more software fragmentation, more ambiguity, less consistent quality, and less reliability. That’s why Android app development takes more time than iOS app development. On the contrary, Apple has a closed ecosystem which means you need to develop apps for only a few standardized devices and platforms.

Hence, Apple’s App Store has stricter regulations and quality expectations. The whole review process is longer, so it may take more time to get your app approved. Apple may even reject your app if it doesn’t meet its standards.

Android app development allows greater flexibility with app features. Android is open source, so you get more flexibility to customize your app exactly the way you and your target audience want. As Android is an open environment, it is more vulnerable to pirate apps, and malicious software.
Apple, on the other hand, is more secure because of its closed system. This is the biggest reason why iOS has a larger audience in the enterprise market.

Android app development involves spending more time ensuring that the final product is compatible with the platform, and eliminating bugs and app crashes for users relying on older operating systems.

App monetization depends on the possibility of making purchases on Android or iOS. If you wish to monetize your app, then there are certain points of difference between the two platforms that you need to consider:

If you are looking for an effective app monetization strategy, you may approach an iOS or Android app development company for professional consultation.

Some other important app monetization differences include:

Here are some more key differences that will help you decide whether you should hire Android app developers or iOS app developers for your business app:

If you want to monetize your mobile app without ads via subscriptions, in-app purchases, or freemium models, then building apps for Apple devices are the best choice. This also applies to eCommerce applications.

However, revenue generated through Android apps is also increasing. Although Apple is expected to continue to be the dominant App Store, Google’s Play Store along with third-party Android stores are expected to leave the App Store behind in terms of revenue.

Android vs. iOS – Key Differences at a Glance

So, these are the 5 primary factors that can help you decide whether you should invest in an iOS or an Android app development company. To know more about the key differences between the two powerful platforms, have a quick look at the Android vs iOS comparison table below:

Android vs. iOS – Which Mobile Platform is Better?

Based on where your target audience lives, what features they want, and the development cost and time, you can decide whether you need to hire Android app developers or iOS developers for your business app.
If you are looking to build an MVP quickly and within a low budget, then iOS app development is the right solution for you. Moreover, if you want to generate more revenue with your app or create an eCommerce application, then iOS is the best choice.

However, if you want to capture broad global or up-and-coming markets, especially in Latin America and Asia, or if your application has features that are not compatible with Apple, then you should invest in an Android app development company.

No matter what platform you choose to build your first business app, once you have done your homework and studied your target audience thoroughly, you can turn your business app idea into a sensational hit. Moreover, if you come to know that users on other platforms are looking for a version of your app, then it’s time that you should consider building your app for the other platform as well.