Isn’t it necessary to balance the load in whichever situation you are in? Keeping things in balance is a concept that applies to nearly everything we do, whether we realize it or not.

Similarly, balance plays a vital role in server management or web hosting. Balance is indeed essential when you are hosting a website or dealing with servers.

The term “load balancing” is rumored about these days, but few people truly grasp what it means or why it is so crucial.

Load balancing is the process of intelligently distributing traffic among multiple physical servers to maximize resource utilization. In other words, the process of sharing computing workloads between two or more computers/servers is load balancing. This basically minimizes the load on each server and increases its efficiency, resulting in faster performance and lower latency. Most Internet applications require load balancing to work accurately.

Read: Understanding the Differences Between Hybrid and Dedicated Server

How Does Load Balancing Work?

The following is how hardware-based load balancers work:

The following is how software-based load balancers work:

The load balancer allocates each request to a precise server as it comes in from a user, and this procedure repeats for each request. Load balancers use a variety of algorithms to determine which server should handle each request.

The load balancing algorithms are divided into two sections:

Dynamic load balancing methods take into consideration each server’s current availability, workload, and health. These algorithms redirect traffic from overcrowded or underperforming servers to underused servers, ensuring equitable and efficient distribution. Dynamic load balancing, on the other hand, is more complex to set up. Server availability is determined by a variety of factors, including the health and overall capacity of each server, the amount of the distributed tasks, and so on.

The Round Robin approach is the simplest of the balancing techniques. Requests are forwarded one by one to each server in the architecture, ensuring that traffic is spread fairly. When the algorithm has gone through the whole list of instances/servers, it returns to the top of the list and starts over.

When a load balancer utilizes a source IP hash, each request from a single IP address is given a key, which is then allocated to a server.

Source IP hash not only distributes traffic fairly across the infrastructure but also ensures server consistency. Once issued, a unique IP will always connect to the same server.

The URL hash technique assigns keys based on the requested IP rather than the arriving IP.

The least response time technique, like the least connections method, distributes requests based on the number of connections on the server as well as the lowest average response time, lowering a load by integrating two levels of balancing.

The Bandwidth and Packets methods of virtual server balancing distribute requests to the load balancer based on which server is coping with the least amount of traffic (bandwidth).

The custom load method necessitates the use of a load monitor. It assigns requests based on a variety of server characteristics (including CPU utilization, memory, and response time, among others).

HTTP/S requests are monitored and delivered to the most available server using the technique of the least pending request. The LPR technique can manage a large number of requests at the same time while keeping track of each server’s availability.

Use of Load Balancing 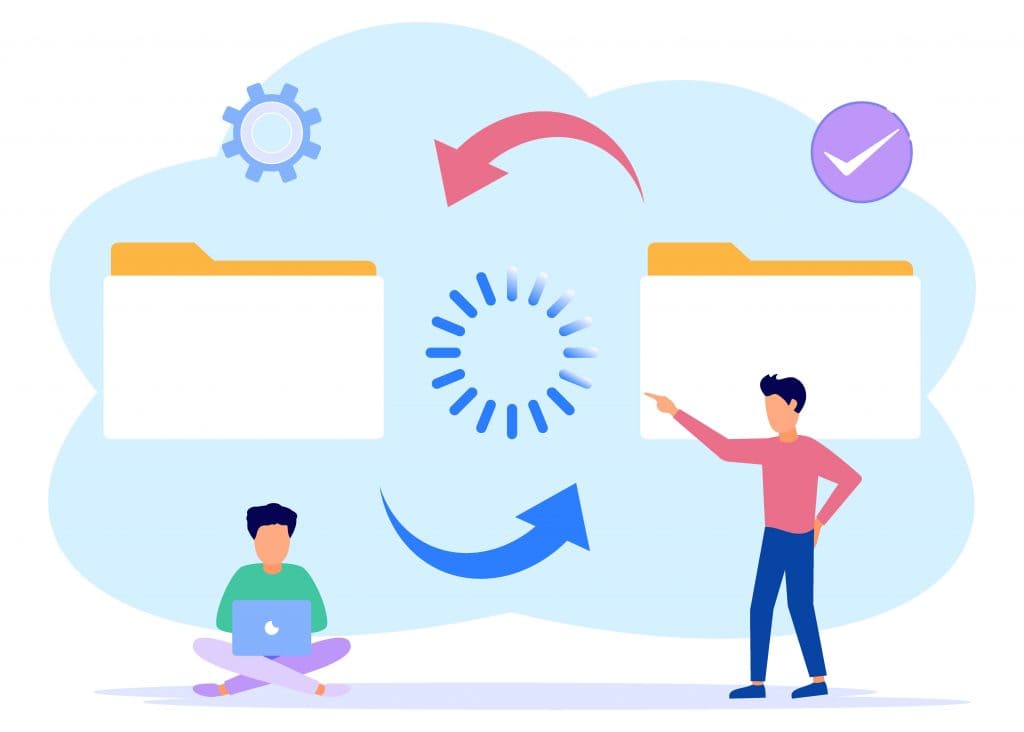 Load balancing is also prevalent in localized networks, such as data centers and huge office complexes.

Traditionally, hardware appliances such as an application delivery controller (ADC) or a dedicated load balancing device were used.

What Exactly is Failover?

Failover happens when a server stops working, and a load balancer transfers its regular activities to a different server or set of servers. Server failover is critical for uptime: without it, a server crash might bring a website or service to a halt. Failover must happen promptly so there’s no downtime.

Finally, a Word on Load Balancing

No matter what your aim is, if you’ve outgrown a single web server (or are about to), you’ll profit from a load balancer since it will keep your website and data available, operating, and performing at their best. Even if you choose a managed system rather than implementing it yourself, knowing your needs, existing systems, and where you want to go ultimately can help you make smarter business decisions.